By Jump the Spark!

Al Gore, what a guy! First he invented the internet! Then he won the presidential election popular vote, but missed the office by only a hanging chad. As his crowning achievement, he invented climate change. Is there anywhere this man’s imagination cannot take us?

Al Gore once asserted, with the support of many climatologists, that the global climate is warming AND that humans are the cause. This two-part premise presents a logical difficulty, although it is not difficult to understand. Cognitive frisson arises because there are three other possibilities, none addressed, producing unexplained complexity. A more understandable approach would have been to first prove that the global climate is, in fact, getting warmer. If so, then prove that humankind causes observable warming. The dual premise is so much harder to prove that it probably has not yet been fully investigated. 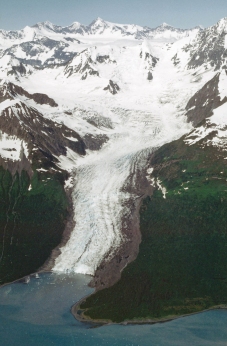 Cycles of the Ice Ages

What if the global climate is warming, but it is NOT our fault? This is a much more likely scenario, due to Earth’s cycling ice ages. Our wobbling Earth causes cooling-warming glacial cycles. Volcanoes, sunspots, or maybe even internal combustion machines temporarily affect these cycles, but they do not cause them. Also, these climate change processes are not smooth. Spans of tranquility alternate with periods of rapid catastrophic change. Earth has been warming since the last glacial maximum over 25,000 years ago, and will continue to do so. Because the average glacial cycle may be over 80,000 years long, the current warming trend could continue for another 10,000-20,000 years.

For the past 16 years and more, United States administrations subverted climate science, with the result that no conclusive findings ever came forth. The USGS and NOAA agencies, having the capability to measure unequivocal truth in the matter, were hobbled with politically appointed leadership commissioned to speak only preapproved findings in line with party policy. Not since the time of Soviet Lysenkoism has this heightened level of political ideology been used to force scientific pronouncements. We can only hope that the result is not as disastrous. Nature doesn’t care about our ideologies. It goes on doing what it will or won’t, without asking our input. Meanwhile chasing unproductive programs wastes our time. If global warming is our future, and we can’t slow its progress, then we should bend our efforts to more productive measures, as the Dutch have done for centuries. Seawall and levee infrastructures might be good investments now.

Should we clean up the polluted air and oceans? Absolutely! It stinks and it’s filthy. Any business flirts with bankruptcy if it can’t clean up its own mess as it goes, and doesn’t deserve investment. These are our best arguments! All the rest is vacuous, soul-sucking static. Why shouldn’t we work further toward tangible goals having real chances of success? We live in exciting times. The most exciting thing to do now is get to work tackling the challenges of adapting to a changing world.

About Jump the Spark!